Having been to the Philippines frequently since 1983, I have trained intensively in person not only with Grandmasters Remy, Ernesto and Roberto Presas, but also with all other authoritative Modern Arnis Masters and Grandmasters.

I was appointed Modern Arnis Representative for Europe in 1996 by Professor Remy Presas, 10th Dan and founder of Modern Arnis, and was awarded the 6th Dan Modern Arnis and the title “DATU” at the same time.

In September 2016, GM Roberto Presas, 10 Dan, awarded me the 10th Dan Modern Arnis as the only non-Filipino.
Besides being a national trainer, I regularly taught at the Essener KSC Manila e.V., the oldest Arnis club in Germany and at the TSC Eintracht in Dortmund.
Since 1980 I have given about 900 Modern Arnis courses, more than 100 of them internationally in 17 countries.

With my company “ABANICO” I have been producing martial arts instructional videos since 1989, first VHS videos, then DVDs. Nowadays the focus is on downloadable media, which are distributed worldwide and which my customers consider to be the best teaching media ever. 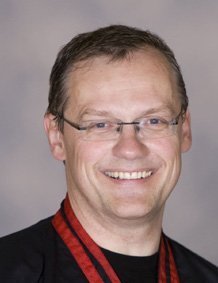 GM Datu Dieter Knüttel is a 10th Dan holder and Grandmaster of Modern Arnis. He is a qualified sports instructor and national trainer of the Deutsche Arnis Verband e.V. (DAV). With his company "ABANICO" he produces martial arts instructional videos, DVDs and downloadable media.

Interesting DVDs and downloadable videos by GM Datu Dieter Knuettel on the topics of self-defence and martial arts can be found below:

.
GM Datu Dieter Knuettel is a 10th Dan holder and Grandmaster of Modern Arnis. He is a qualified sports instructor and national coach of the German Arnis Association. (DAV). With his company “ABANICO” he produces martial arts instructional videos, DVDs and downloadable media.

Because these cookies are strictly necessary to deliver the website, refuseing them will have impact how our site functions. You always can block or delete cookies by changing your browser settings and force blocking all cookies on this website. But this will always prompt you to accept/refuse cookies when revisiting our site.

We fully respect if you want to refuse cookies but to avoid asking you again and again kindly allow us to store a cookie for that. You are free to opt out any time or opt in for other cookies to get a better experience. If you refuse cookies we will remove all set cookies in our domain.

We provide you with a list of stored cookies on your computer in our domain so you can check what we stored. Due to security reasons we are not able to show or modify cookies from other domains. You can check these in your browser security settings.

We also use different external services like Google Webfonts, Google Maps, and external Video providers. Since these providers may collect personal data like your IP address we allow you to block them here. Please be aware that this might heavily reduce the functionality and appearance of our site. Changes will take effect once you reload the page.